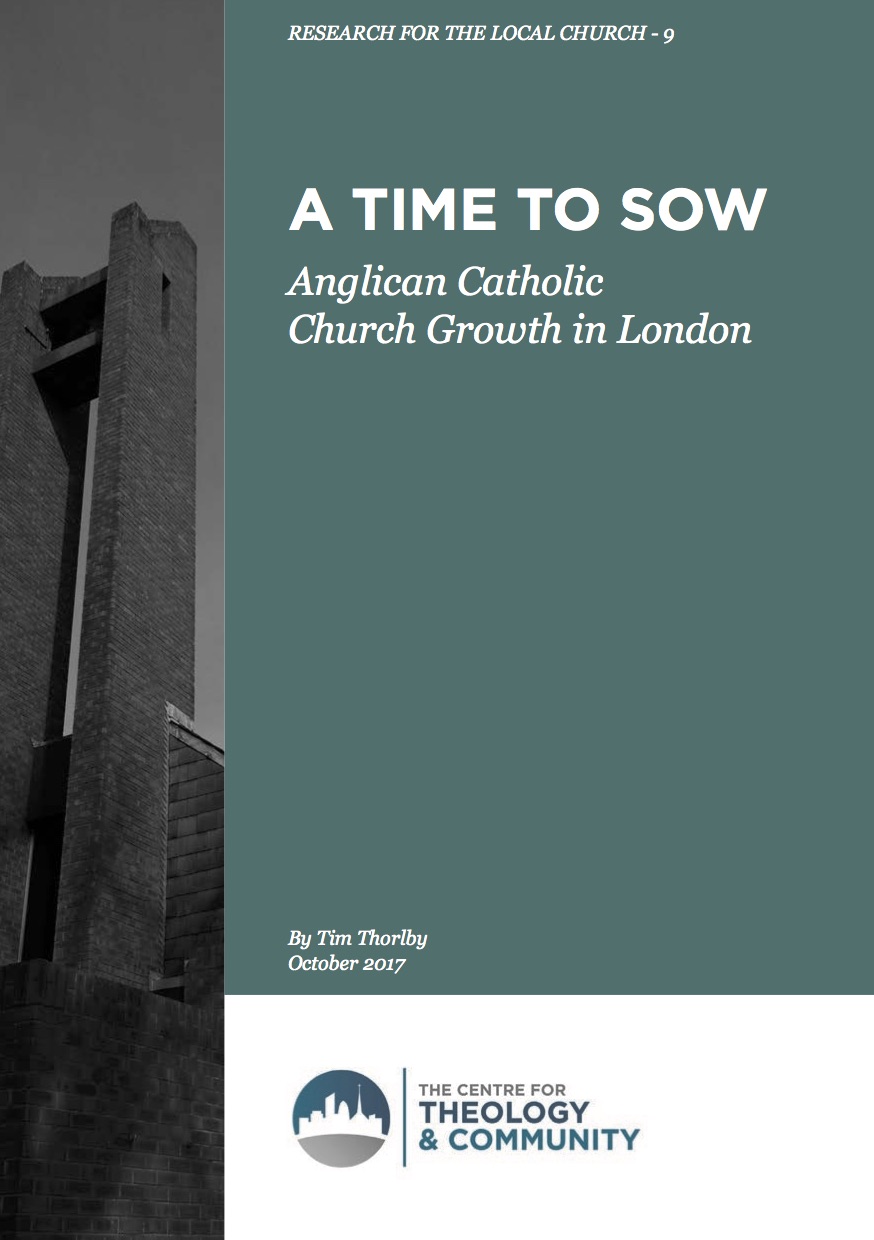 St Benet’s has been included in a recent report published by the Centre for Theology and Community entitled, “A time to sow: Anglican Catholic Church Growth in London.”

The report comments upon a range of ways in which St Benet’s has grown, and points to positive developments in its ministry and mission to the people of Kentish Town.

A time to sow comments on a  number of trends which have recently been noted about the way in which churches grow or decline, and especially how this tends to happen in London.

Whilst decline in church attendance has been noted in large parts of the country, London has often bucked the trend and shown growth in many parishes.  The report points out that all too often, this  growth has been in evangelical parishes, and wonders what church growth is possible in parishes in the Anglo-Catholic tradition.

As a way of exploring what Anglo-Catholic church growth looks like, the report’s writer explores seven parishes within the Anglican Catholic tradition which have recently been growing. The report notes that all seven churches (including St Benet’s) are found within the 15% most deprived areas in the country.

St Benet’s is commended for a number of achievements over the past few years. These include:

A recipe for church growth in Catholic parishes?

The report wonders whether there is a secret recipe for growth in catholic parishes. It concludes that these seven growing churches haven’t reinvented the wheel in the ways in which they have grown and developed. Much of their growth is dependent on relatively traditional ways of evangelising and ministering to their parishes – but simply done well and with energy.

The report does, however, identify a series of “habits of growth.” These include:

Thanks be to God!

We give thanks to God for all that he has done in our parish. We commit ourselves to continuing his work in Kentish Town and  building up the Body of Christ in our parish so that more people may know the love of God and come to believe and trust in Jesus Christ.