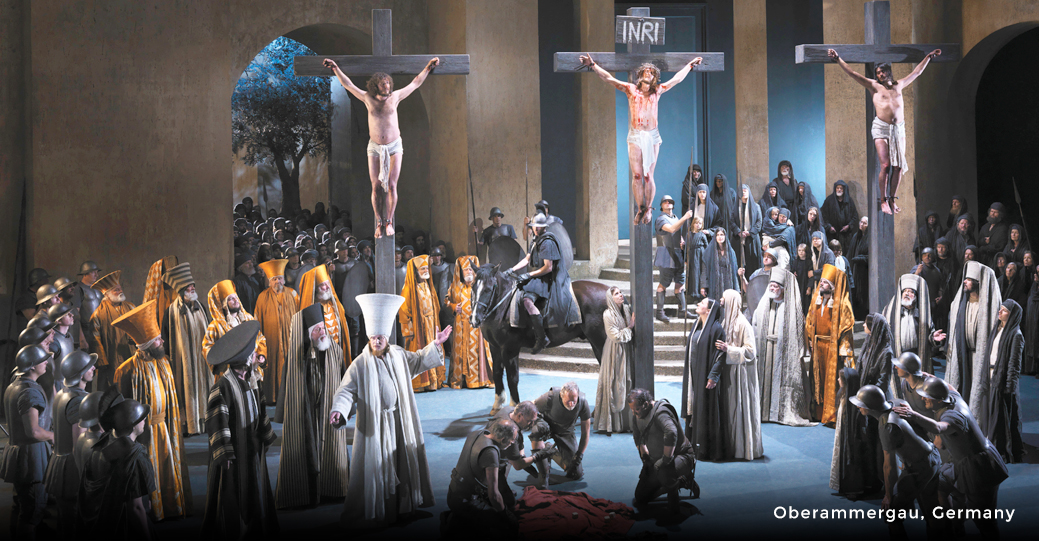 St Benet’s is organising a pilgrimage to Bavaria in June 2020 centred around the Oberammergau Passion Play. This is a magnificent dramatic presentation of the life, passion, death and Resurrection of Jesus which has taken place in this tiny Bavarian town every ten years since 1634. It is famous as one of most venerable, historic and important passion plays in Europe.

Origins of the Play

In 1634 the town of Oberammergau in the Bavarian hills on the river Ammer was miraculously saved from an outbreak of bubonic plague.  The people of the town had made a vow that if they were sparred the plague, they would stage a passion play every 10 years. Ever since that vow, the play has been performed as a thanksgiving for the town’s preservation. With only one or two exceptions, it has always taken place in years ending with a 0.

What is a Passion Play?

Passions plays have their origins in the Medieval church and the liturgical acting out of the narratives associated with the death and Resurrection of Jesus as part of the liturgies of Holy Week and Easter.  Sometimes texts were sung with a range of voices, or with different individuals taking the several roles.  These traditions gradually merged with folk traditions of drama and music to produce epic cycles of drama which were no longer solely a preserve of the liturgy in monastic houses, but which were often performed in the streets and market places of towns. Elements of the Passion Play of Oberammergau certainly reach back to earlier Medieval dramatic traditions in the town before the production of the script which became used from 1634 onwards.

How is the play performed? 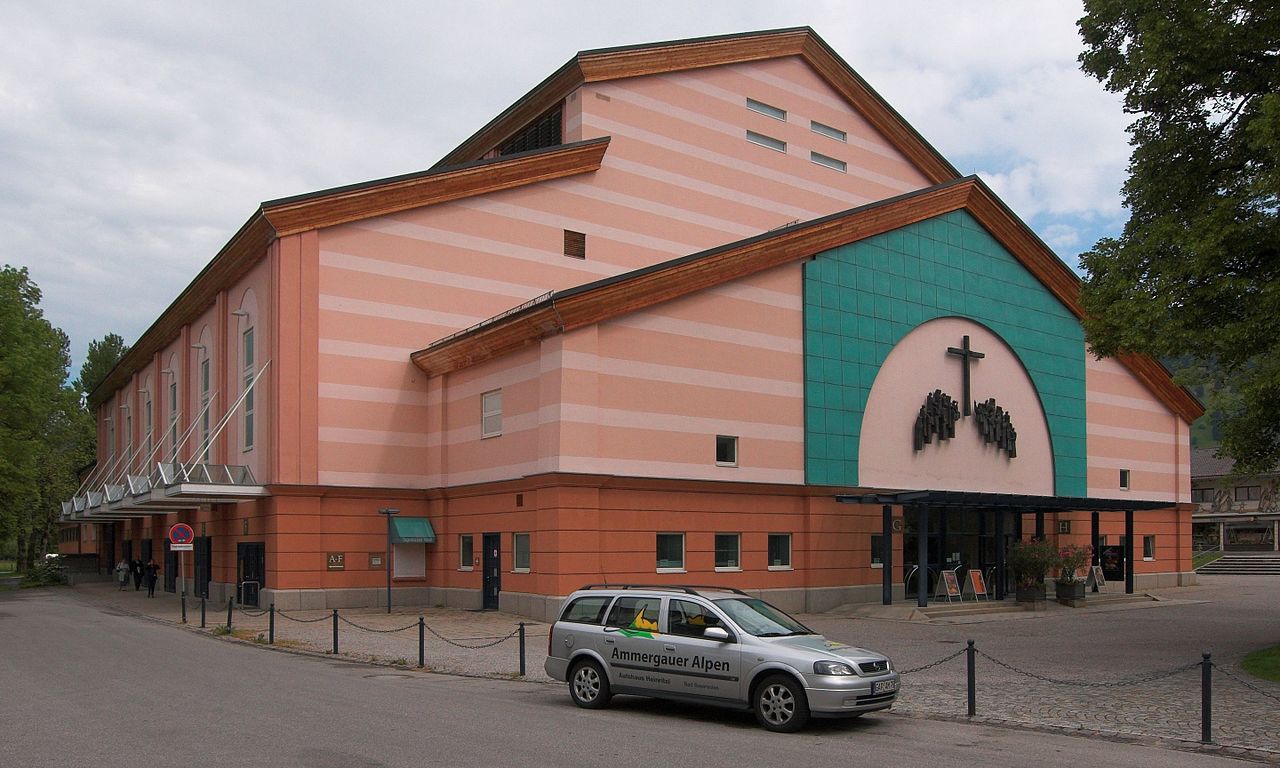 The play is now performed in a purpose built theatre, shown here, which has been constructed specially for the decennial production.

The play can take most of the day to watch. The tickets we have obtained involve beginning the play in the early afternoon, which lasts from 2 until the early evening. We then have a break for dinner, and return to the theatre at 8 pm for the last portion of the play.

The play will not be presented again until 2030, so take this opportunity to join us on our Bavarian pilgrimage. More details about the other locations to be visited on our visit can be found here, along with information about how to book.