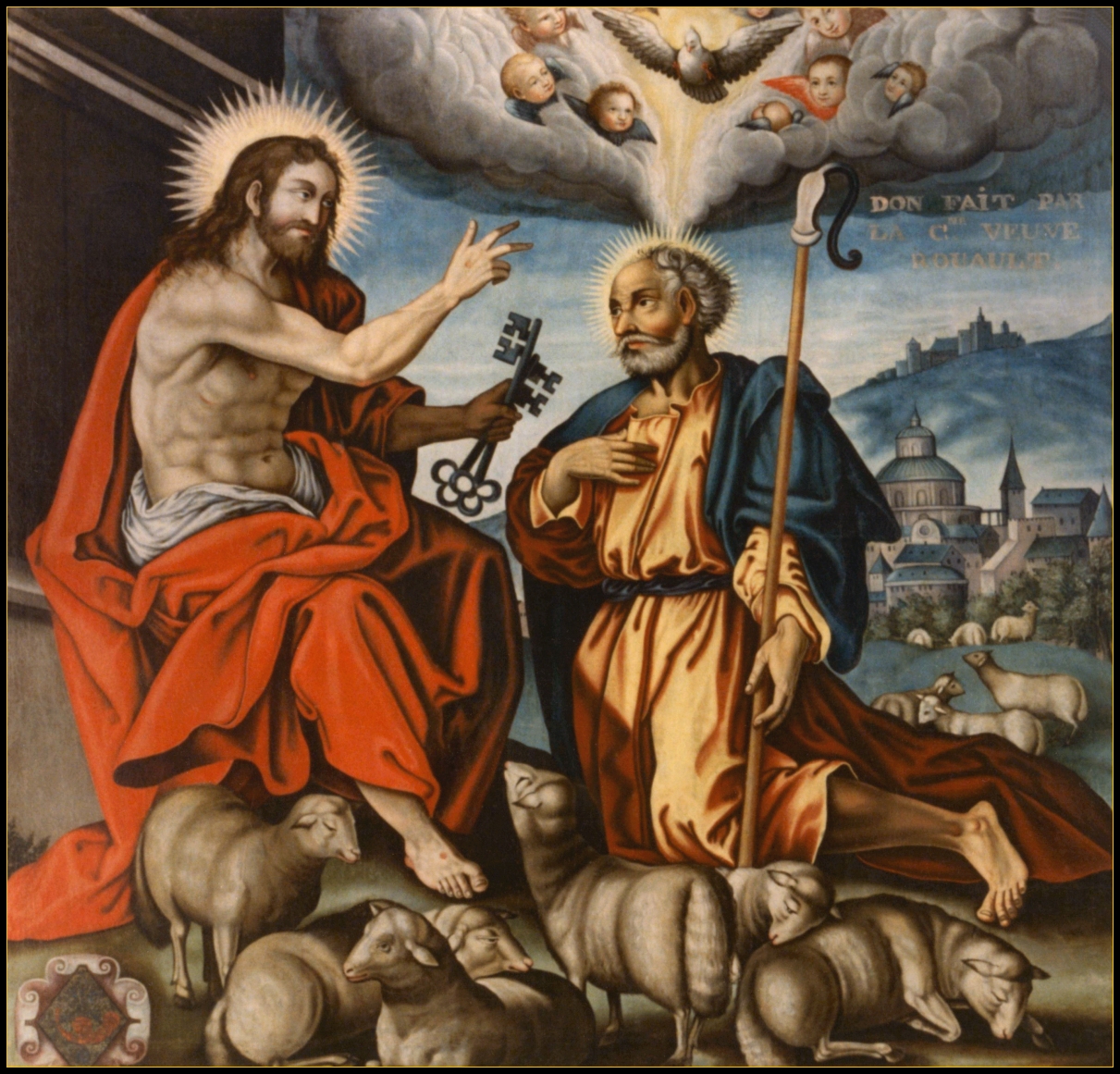 A wise priest I knew once remarked that the whole history of Jesus, as contained in the narrative of the Gospels, was the story of the realisation by His contemporaries of exactly who He was.

I think that is one of the reasons why the story of the Gospels still resonates for us, for as we hear or read them, we too can share in that discovery, if we choose to. And I think it is significant that Jesus never actually tells the people whom He meets on the road exactly who He was, and is. All the time, and every time, until his final confrontation in the High Priest’s house before His death, He leaves it to His followers to make up their own minds as to His identity- then as now, He does not force Himself on unwilling participants in his Good News.

There’s a good example of this in the passage we have just heard.  In it Jesus tests His apostles with His questioning to the revelation which is at the heart of Peter’s confession “You are the Christ…the Son of the living God.” Until that moment, Jesus has only referred to Himself as “the Son of Man”- indeed He does so only three verses before Peter’s confession.

“The Son of Man” is an obscure expression, and one which Jesus seems to have chosen to conceal His divine identity, until the right moment for its revelation had come. One of the clues is its use in the Book of Daniel, which describes the coming of the Son of Man to deliver Israel in clouds of glory. All Israel was waiting for deliverance from Roman dominion by one of their own kind.  It would be natural, therefore- as his apostles tell Him- for the people of Judaea to imagine that He was one of the great Old Testament prophets come back to life, Elijah or Jeremiah, or even John the Baptist.

But it is part of Peter’s instinctive genius that, having lived with Jesus on the road, and been close with Him, he, the common fisherman, is able to discard the common gossip of the crowds. It is not enough for Jesus to hear what “people” say of Him; He wants to discover whether His chosen followers have learned enough to discern who He really is, and note, He doesn’t give them the answer. “”But you..who do you say I am?” At least one man, Simon Peter,  has that answer: ”You are the Christ…the Son of the living God” – not, note, the “Son of Man” as Jesus Himself has just said, but “the Son of the living God”.

Peter’s words are known as “the confession at Caesarea Philippi”, and with good reason. They are the confession of what we have suspected all along- that Jesus is the incarnate Son of God. Remember that that confession would have seemed completely radical to anybody living in Israel in the first century AD.

The whole history of God and the Jewish people had been bound up with the notion that God was not limited by ideas of Time or space. The idea that He had a Son incarnated in the flesh of a mere human being was enough to make orthodox Jewish believers shudder- it went against any teaching of the Old Testament and was suspiciously close to the worship of those pagan idols which they despised and avoided.

I think this is one of the principal reasons why Jesus tells the apostles, as we have heard, not to reveal that He was the Messiah. For at Caesarea Philippi, He had only half way completed His mission on earth- “For us men and for our salvation He came down from Heaven..” as we say in the Creed, and that salvation was ultimately achieved by His death on the cross. But that salvation would be at a time of His own choosing, when both sides had staked out their battle lines in the final debate between them during Holy Week. Jesus did not wish to jeopardise our promised salvation by early arrest and imprisonment for blasphemy like His cousin John the Baptist. He had to demonstrate to the very point of death, that God become Man could sacrifice Himself for us. By that death, He enabled us to reclaim the divine inheritance which was ours by right, as sons and daughters of God, but lost through sin and our many, many human failings.

And so Jesus continues to ask us, “Who do you say I am ?” If we cannot answer with Peter, “the son of the living God”, then effectively we deny our own salvation, and Jesus is just another superior moral teacher. But if we believe, then we can say with Peter-as he said on another occasion to his Lord, “To whom shall we go ? You have the words of eternal life”. And we shall not only hear those words, but inherit eternal life itself.