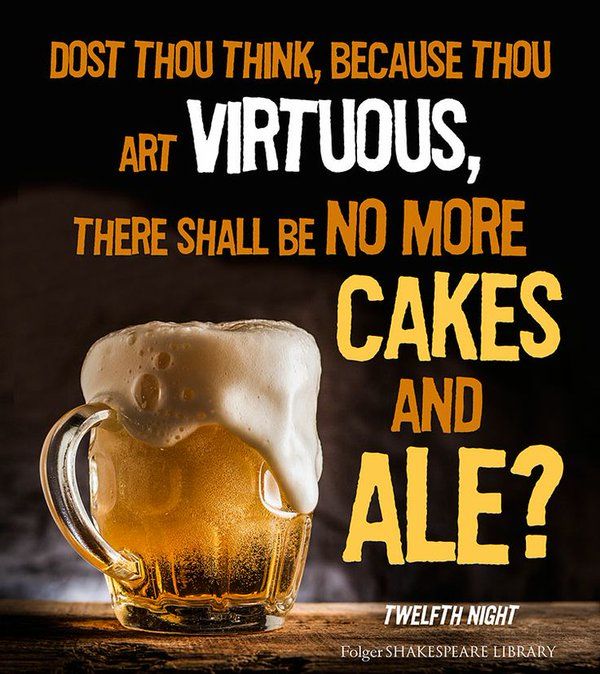 Those of you who may recall your Shakespeare will remember the famous question which Sir Toby Belch, a fun loving knight living off the fat of the land in his niece’s household, addresses to her virtuous Puritan steward Malvolio, “Dost thou think, because thou art virtuous, there shall be no more cakes and ale?”

I am afraid that part of the legacy of the Protestant Reformation in the Church of England still guides the views of some of our fellow Christians and a view of Christianity among those who do not profess it. For them Christianity is a solemn gloomy affair, big on sin (usually other people’s) and repentance, in which the stark message of the Cross is all that matters.  It is the religion of strict observance of Sundays, albeit almost now vanished from Western Europe, fasting in Lent, and bitter agonising over lapses from grace and the threat of hell fire and eternal damnation for those who do not repent. No more cakes and ale, no dancing around maypoles, and certainly- in Anglo-Catholic churches at any rate no more sausage rolls and Prosecco, even when Cofid restrictions (which some might say have reintroduced this Puritan tendency back to church) have been lifted.

Our readings in today’s Mass seem to emphasise this gloomy sin filled aspect of religion, which causes so much unhappiness to those who would like their religion to be nothing but sweetness and light, when so much else in the world is not. “Son of man” says the Lord to Ezekiel, ..”if I tell the wicked ‘O wicked one, you shall surely die’, and you do not speak out to dissuade the wicked from his ways, then he shall die for his guilt, but I will hold you responsible for his death.” Our Lord tells his followers in our Gospel reading that they should try in every way to resolve the wrong that a brother does, but “if he refuses to listen even to the church , treat him as a Gentile or a tax collector”, that is, as an outcast from civil society.

This is neither sweetness nor light.  It is not hard to see how the doom laden warnings of the prophets of the Old Testament and the warnings of Our Lord as to the hell fire and damnation that awaited unrepentant sinners became transmuted into a version of Christianity that emphasised the abiding sinful nature of Man.

For many, many Christians throughout the ages, some of them otherwise admirable figures of heroic virtue, seem to have eagerly adopted as their guidelines the words of Gwendolen in “The Importance of Being Earnest”, “On an occasion of this kind it becomes more than a moral duty to speak one’s mind. It becomes a pleasure.” And for many, the eagerness of some Christians to denounce other’s failings without noticing or amending their own, which Our Lord denounced in the Pharisees and anticipated in His words about beams and motes in eyes has been a characteristic of Christianity which is at best off putting, and at worst repellent.

But that is not the whole story. What those who essentially see religion as an eternal acknowledgement of sin and failing, and those who think that such things do not matter, because we are all human beings anyway, fail to recognise is that true religion, true Christianity, is a careful balancing act  between those two positions.

As so often St Paul gets it right, in our second reading today. In his letter to the Romans, he sets out the great commandments, “you shall not commit adultery, you shall not kill, you shall not steal, you shall not covet…” No compromise with sin or human failings there, in the best Puritan tradition. Paul goes on summarise the stern negatives of the Ten Commandments into something far more positive: “Love your neighbour as yourself. Love does no evil to the neighbour; hence love is the fulfilment of the law.”

And so what our contemporaries see as a series of gloomy and forbidding negatives, “you must not say this, you must not do that” are transformed by the immutable law of love into something much more abiding and positive.  To do wrong not just harms the individual, or his or her neighbour, it mars the individual’s relationship with God, to love whom with all your heart with all your soul, and with all your strength is the other great commandment of which Deuteronomy and Our Lord spoke. If sin and its consequences inhibit the supreme Christian virtue of love, to acknowledge and speak out against it is that acknowledgement of imperfection which is the beginning of wisdom and righteousness. But it is also the beginning of the divine mission to spread the Gospel and the love of God to the world, which is required of Christians as their first duty and commandment.