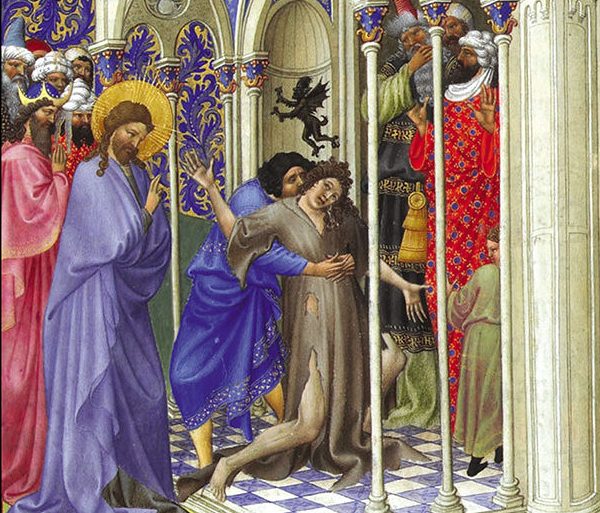 “A new teaching, and with authority.”

Do you think of the word “new” as saying something good or bad? To describe something or someone as “new” – is that a complement or a criticism?

We live in a culture which sees new as good.  A new car will have more gadgets and gismos and will be faster than an older second hand one. The newest version of a mobile phone must be better because it has more up-to-date technology in it. And in the realm of political discourse newness is seen as positive – just think what Tony Blair was trying to say when he inaugurated New Labour.  New Labour, according to the spin doctors was better and more modern, and different from that which had gone before.

But contrast the way we look at newness and novelty with how it was viewed in the Ancient World. You’ll notice a huge difference.  In the ancient world, a philosophy or a religion that was new was very suspect indeed. If something was genuinely true, it had to be ancient.

This was in fact one of the greatest criticisms made of early Christianity by both Jewish and pagan polemicists in the Greco-Roman world. How could you believe in a religion that had only just been invented? Why believe in Jesus when you could worship at one of the ancient temple cults of the Mediterranean world?

So it is interesting that Jesus is presented to us this morning in our gospel reading as representing a teaching that is “new.” It is new but somehow has “authority.” There is something different, and refreshing about Jesus – yet his teaching is also authentic, believable, trustworthy.

Perhaps the key to working out what is meant by this is to be found in our first reading.  For there, we hear Moses predict that God will raise up a future prophet like him. The earliest Christians quickly saw Jesus as that long expected prophet.

It’s there that we realise a strange paradox.  That which is new and novel in Jesus is actually rooted in the past.  For the new thing that God is doing in Christ is part of the longer story of how he had always loved his people Israel and brought them from slavery in Egypt to life in the promised land.

The kind of thing I’m talking about is what was at the heart of the arguments made by one of the earliest heretics in Christian history.  The heresy of Marcionism. Marcion was a philiosopher and thinker who said that Christians didn’t need the Old Testament at all in our bibles.  In his mind, Christ had come to bring something altogether new and fresh along – to present to us a God of love and forgiveness quite different from the vengeful God of the Hebrew scriptures. We no longer needed to hear, according to Marcion, the stories of what God did to save his people Israel, and we no longer needed to keep the Jewish Law.

In the end the Church realised this was a gravely mistaken view of our salvation. That’s why he was condemned as having got it wrong. Although Jesus’ teaching may have seemed “new,” it can only be understood in the light of the constant loving kindness we see in God’s actions throughout the Old Testament.

The influence of Marcion’s ideas was stronger than you might think. Some historians see his way of thinking as having made possible some of the worst elements of Christian anti-semitism over the centuries. That’s a terrible thing to have to contemplate in the week when Holocaust Memorial Day has just taken place.

We are called in our gospel reading today to remember that God was indeed doing a new thing in Christ.  In him we see a radically fresh and different and definitive renewal of our relationship with God.

Yet, the new teaching that Jesus represents, only has “authority” because it is rooted in something ancient – the everlasting purpose of our loving God who revealed himself first to Moses and called a people to himself in the pages of the Old Testament, delivering them from slavery in Egypt and taking them with arm outstretched into the Promised Land.