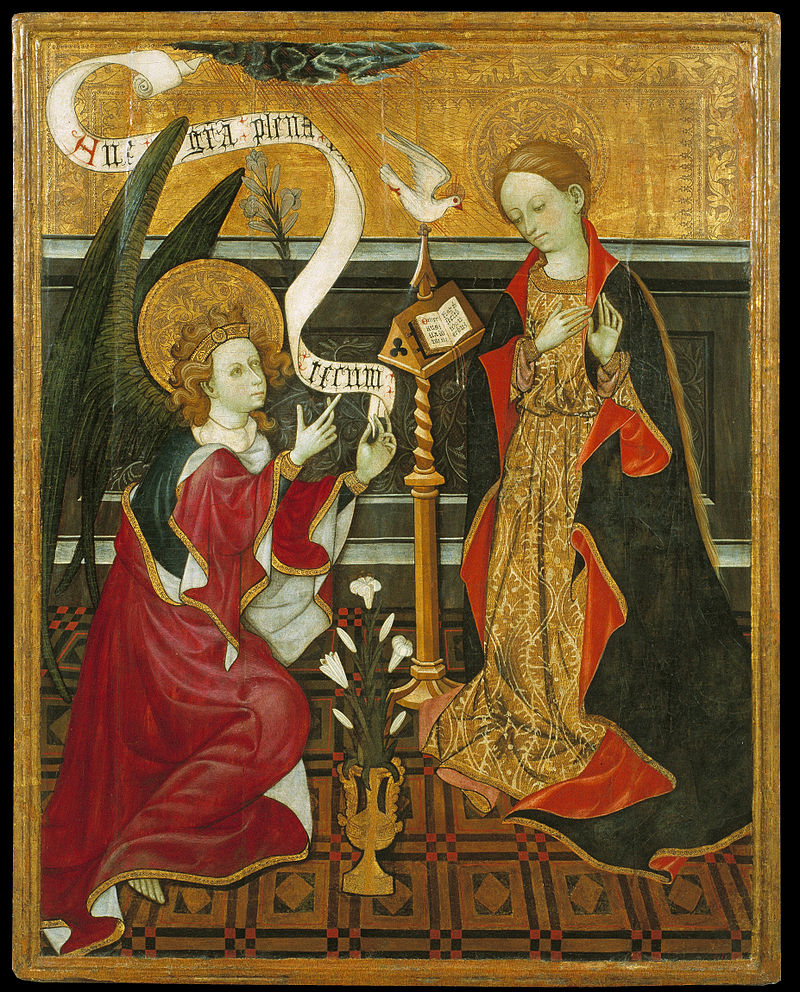 There was once a harsh, tyrannical old vicar who was convinced his parishioners didn’t know their bibles well enough. He instituted a practice of testing them when he did his parish visiting.

He would ring the door bell and put a post card through the letter box with a biblical reference written on it – chapter and verse.

When the parishioner answered the door the first thing they had to do was recite from memory the verse he’d written down for them.

He went to visit a parishioner one day. He hammered at the door, and slipped a card through the letter box with the words “Revelation 3.20” written on it. Revelation 3.20, you may wish to be reminded reads, “Behold I stand at the door and knock.”

The priest heard a bit of movement in the house and the sound of feet running away from the front door. Nobody answered. He waited in the garden, and thought he noticed the nets twitch. When he realised nobody was going to answer he went home.

The next day as he was counting the Sunday collection, he noticed a small card had been left in the collection plate. It simply read Genesis 3.10. He had a momentary mind blank, so went to look it up. It was only when he had found the quote that he realised it could only have been left by the lady he had tried to visit the day before. For Genesis 3.10 recounts the words of Eve in the Garden of Eden. It reads “I heard you in the garden. I was afraid and hid myself for lo I was naked.”

That story of the Garden of Eden with Adam and Eve’s response to God echoes and resounds throughout the whole of the scriptures. In fact it’s incredibly important for our understanding of today’s feast.

It is clear when he wrote his account of the annunciation, Luke intended our minds to go back to all sorts of different portions of the Old Testament and see in this story about Mary and the angel the fulfilment of promises that God had made of old.

One of those deep connections that Luke hopes we’ll spot is undoubtedly with the story of the Garden of Eden. For both in Genesis and at the Annunciation, we see a dialogue between God and humanity. At the heart of that dialogue is a decision – a decision made by Eve and Adam and a decision made by Mary.

The difference is this, however. In today’s Gospel, Mary does not hide herself in shame and nakedness like Adam and Eve, but rather willingly cooperates with God’s purposes.

The history of the Christian imagination is full of theologians making connections between Mary and her ancestor Eve. For God offered to Eve and Adam perfect communion with him, which they lost through their transgression. But just as the first Eve rejected that communion with God, the second Eve, Mary, accepts it and joyfully embraces it.

St Irenaeus, writing in the second century says, “the knot of Eve’s disobedience was loosed by the obedience of Mary.  For what the virgin Eve had bound fast through unbelief, this did the virgin Mary untie and set free through faith.”

If we are supposed to hear echoes of the Garden of Eden in the Annunication, then this tells us something very important. The Annunciation is itself a sort of creation story. It represents God’s loving purposes for humankind taking root in human history again as God begins the recreation of his world in Christ.

That I think gives us something to hang our thoughts and prayers on this year as we celebrate the Annunciation. For if ever we felt we were in a world in need of recreation and rebirth, now is it. We see the effects of the Fall not just as we usually do in human sin and failure, but uniquely in the way in which our whole world has fallen victim to a Pandemic of epic proportions.

We have been cut off from the things that make us flourish as humans – contact with others; the public worship of our creator; economic stability – and death has become an all too close neighbour and friend.

And yet what God offers us in the incarnation – and what we shall celebrate next week at Easter – is the promise that in Christ, all that fallenness, all that sin and rejection of God  – indeed death itself – has been decisively defeated.

God offers us the possibility of nothing less than participating in his divine life. It is a life we start to experience in this world when we are baptized. It’s something we taste every time we receive communion. It’s a reality that changes us bit by bit as we are forgiven and formed through the sacraments of the church.

And it’s a reality that we will know in its fulness in the moment of our death. And in that moment, we see God face to face, we will not need to flee from him in shame and nakedness. For he will see us in the face of his only son, into whom we have been incorporated by grace.

And the only reason all that is possible is because of the freely offered, loving answer that Mary gave today to the angel. A response of obedience rather than disobedience. Her yes to God and to new creation.