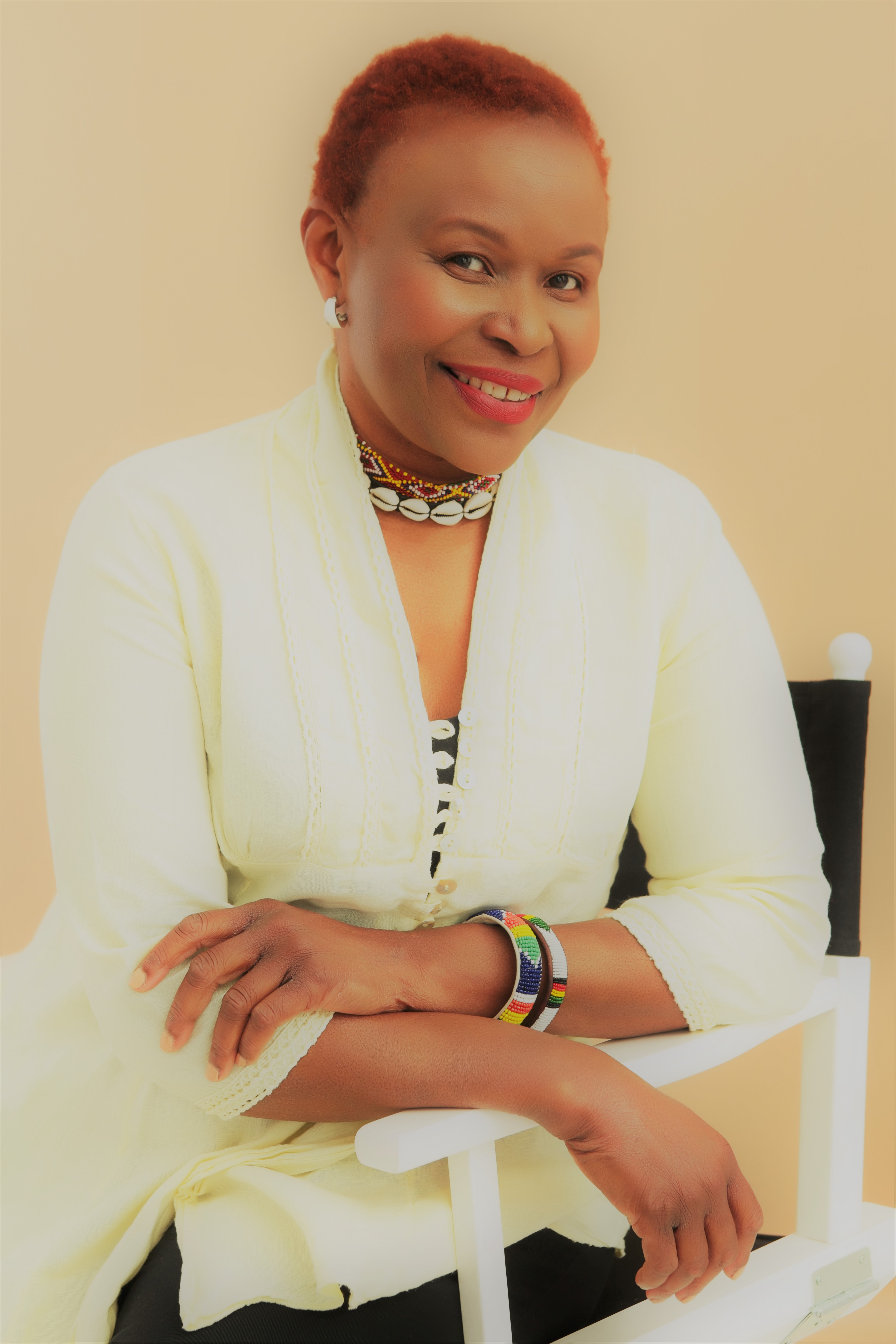 On October 13, 2018, a few of us from St. Benet’s, Kentish Town set off to Westminster Abbey on foot, hoping to visit the shrine of St. Edward the Confessor. St. Edward was King of England in 1042 and a re-founder of Westminster Abbey (he was responsible for the building of a new church in the Norman style to replace the Saxon church at Westminster). He was not quite a successful king, but his people liked him because of his character and piety. He died in January 1066 and miracles were said to have taken place where he was buried, and it became a place of sanctuary. On October 13, 1163, St Edward’s body was taken to a specially prepared Shrine at Westminster.

So, with the weight of history on our minds, and the sun shining brightly in Kentish Town we began our pilgrimage, our group was tiny, but we were full of enthusiasm. As we walked, we chatted about the weather, the Camden Canal and the people enjoying the sunshine.

Then, we stopped at St Michael in Camden Town, where we’d arranged to meet another pilgrim. We went in and found a group of women at work; with their hands constantly moving, they swept and scrubbed the floor of the church, and peeled the stubborn candle stains off surfaces. I silently thanked them; women do an awful lot of work in the life of a church.

Soon, we stepped outside into the bright sunshine, where we were joined by the pilgrim, a young man, now we had two young men in our group.

We decided to walk through Regent’s Park – it was a lovely day after all! Soon, we saw a beautiful church fenced off by a wall and a gate. We walked through the gate and looked around for the entrance. There were tables and chairs and a small kiosk that sold cakes and hot drinks. To be quite honest, I was tempted to order something sweet and settle down on one of the chairs and basked in the sunshine.

Someone from our group found the main entrance to the church, much to our relief. So, we trooped in, only to be stopped by a stern looking young lady behind a large desk. The desk was positioned in such a way that access was restricted. It was strange that we were not allowed to go in. I had never been to a church where I was not allowed in, even if I was late for mass.

Immediately, we were told to leave, because there was an activity taking place.

From the back I craned my neck to get a better view of this ‘activity,’ there was a group of people, sitting in a semi-circle in the middle of the church, looking very serious. Chairs had been rearranged for the event. Their faces registered the kind of look that says, ‘We’re doing some important business here, and no messing around!’ Or a kind of look that says, ‘We’ve paid our hard-earned cash for the space and you muscle in for free? How dare you!’

No matter how much we tried to explain that we just wanted a quick look around, the lady turned bouncer was having none of it. She glared at us and showed us the door with such force that I felt like a cartoon character in the movie, kicked out of a building for being very naughty. I understand that churches need to raise money to survive in our secular age, indeed the hostility towards religion in Europe, from people who never have to face hardship; stuffed full of material wealth, is unprecedented, but our religious leaders must not lose sight of their own values – churches are primarily places of worship.

So, with our heads bowed like naughty school kids, we crossed the road and went into Regent’s Park, originally Henry V111’s hunting ground, and it remained a royal’s-only retreat for many years, but in 1845 it was opened to the public, and a good job too, because the likes of us can enjoy its beautiful gardens and canal.

The park was, unsurprisingly full of people, some on their own, and some with their dogs or friends. There were children everywhere too, some in pushchairs, and the older ones walked alongside their parents. Everyone, it seemed, was taking photos of each other, or of themselves or of the beautiful scenery.

We pressed on, anxious to get to Westminster Abbey. Our estimated arrival time would be 2.30 pm if we carried on at our current pace – enough time to view the Shrine of Edward the Confessor. But after a few minutes, I needed a comfort break and paid 20 pence entry fee.

Soon, we were on our way again, and we made great progress.

We stopped for a short prayer at a beautiful church, complete with exquisite stained glass windows in Baker Street, this time there was no bouncer at the door to stop us going in.

On the church grounds was a bustling market, full of stalls, selling nice things like handmade pieces of jewellery and delicious food, a great temptation to loiter about, but we resisted, determined to achieve our goal – the Westminster Abbey.

We stopped briefly, and had our photographs taken in front of The Italian Embassy; someone in our group comes from Italy.

A few minutes later, our stomachs began to growl like a wild thing, so we had sandwiches and hot drinks at a cafe and chatted a bit.

Soon, we were on the road again, there were no more churches along the way, but a line of independent clothes and shoe shops. I almost stopped for some window shopping; thankfully I didn’t.

However, we stopped briefly to admire an unusual structure across a street. It was like a small ‘waterfall,’ but instead of flowing from the top to the bottom, the water moved like the waves in the sea, very clever idea. We ran our fingers across the surface of the water; it was pure joy!

Then, we resumed our journey, and soon we happily left behind the hustling and bustling of Oxford Street, the Green Park Station, though the Park itself was a welcome relief; we saw families and friends all enjoying the beautiful weather. Even the geese and pelicans were out in full force in the water.

After some more pounding of the pavement, we spotted Westminster Abbey in the distance and cheered, it was a great feeling to know that our goal was now within our grasp. We quickened our steps.

There was a long queue at the gate of Westminster Abbey, but pilgrims were allowed through, and quickly we announced that we were from St Benet’s,’ and we were led in, after a brief search of our bags.

We found a nice spot and flopped down on our chairs like rag dolls, then we remembered the Shrine of St Edward the Confessor, and thankfully there was enough time to pay a visit, and some of us did.

Shortly after that, The Procession began; men, women and children marched past solemnly, carrying religious symbols. Finally, the mass.

It was very inspiring for me, particularly the second reading St John 4: 19-29, which was about when our Lord, Jesus Christ saw a woman from Samaria drawing water from a well and spoke to her, and the reaction of his disciples when they learnt he had the conversation with a woman. That passage is one of my favourite passages in the bible.

After mass, some of us decided to have some cake and coffee, so, we went to the cafe next to the Abbey, and only to be met with a big challenge, which made our walk from Kentish Town seemed like nothing. We were warned that we’d have to consume our cakes and hot drinks within thirty minutes, because the cafe closes earlier on Saturdays!

We, pilgrims, are a stubborn lot; with a warm smile we informed the manager that more pilgrims were heading his way, undeterred, the manager stuck to his guns.

Soon, a few more pilgrims arrived, and ordered fancy cakes from the menu, only to be served plum cakes! I have nothing against plum cakes, although I had never seen or eaten one before. So, when we overheard a woman complaining about her cake, (everyone seemed to be served the same cakes, except us, we arrived first, and got the last sponge cakes), I saw an opportunity to come face to face with a plum cake and took it. But it looked sad and neglected on the poor woman’s plate, no wonder she was complaining!

Eventually, she had a go, munching it like a piece of rubber, and then I saw a big smile across her face, much to my surprise. I promised myself that next time I’d order a slice of plum cake.

We chatted to the happy lady briefly and learnt that her church in north London had a tiny congregation which was of concern to us.

However, we beat the closing time of the cafe and headed for the exit as quickly as we could. What a challenge for our National Pilgrim to the Shrine of St Edward the Confessor!

Ifeoma Onyefulu is a children’s book author and a photographer.